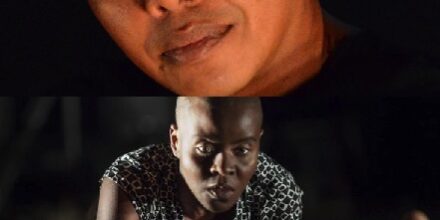 Judith Olivia Manantenasoa and Ariry Andriamoratsiresy travel today from Antananarivo, Madagascar, to Kampala, Uganda, to perform and participate in the Tuzinne Festival (November 1-3).
Judith Olivia Manantenasoa and Ariry Andriamoratsiresy are leading figures in Madagascar’s contemporary dance scene. As the founder of Compagnie Rary, Ariry Andriamoratsiresy has been a pioneer in creation, research, training and production on the island of Madagascar and in the contemporary dance world at large. He was namely part of the revolutionary generation and group that developed Vakojazz, a modern dance style inspired by traditional Vakodrazana dance.
Judith Olivia Manantenasoa is part of a younger generation of Malagasy dancers who are pushing the boundaries of the art form. In 2014, she was a laureate of the Institut Français’ Visas pour la création residency programme, which brought her to tour her choreographic piece Métamorphoses across Europe and Africa. Since then, she has been developing and touring a number of new pieces in Madagascar and abroad.
At Tuzinne Festival, Judith and Ariry will be presenting two solos: “Rambolamasoandro” and “Écorche: Pokaty Voavaofy”. They will be also prospecting Ugandan choreographers for two projects currently being developed by Compagnie Rary: Labidhy, a training program for African dancers; and 321 Festival, a dance festival and choreographic development program focusing on small dance pieces (solos, duos and trios). Their common goal is to develop opportunities for creative exchange between dancers and choreographers from Madagascar and other African nations as a way of strengthening the artistic sector in the region and the continent.
We wish Judith and Ariry safe travels and a fruitful stay in Kampala!