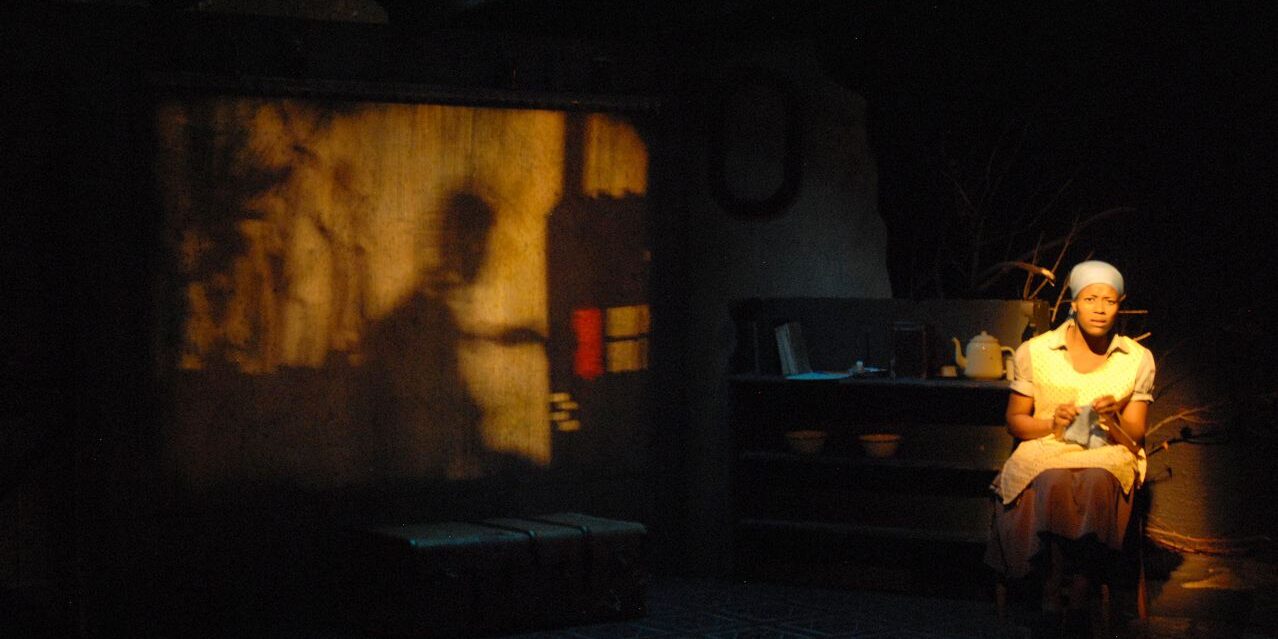 This week, AMA grantees Yvette Hardie and Constance Didi Nonceba are travelling from Cape Town, South Africa to Yaoundé, Cameroon, to participate in this year’s edition of the International Festival of Theatre for Children and Adults (FATEJ), which is hosted by the Théâtre du Chocolat in partnership with ASSITEJ Cameroon.
At FATEJ, they will be presenting the play The Ogreling, which Yvette directed and in which Constance will be appearing in a starring role. Written by Suzanne LeBeau, this beautiful, moving, and thought-provoking piece deals with the essential moral problem of the duality between man’s goodness and his capacity for evil. It won a Silver Ovation award at the National Arts festival in South Africa and will surely speak powerfully to children and attendees at the FATEJ festival.
Constance is a Cape Town-based actress who has performed both locally and internationally in a number of award-winning shows and has worked with world-renowned choreographers and directors. A graduate of the New Africa Theatre Academy (2002), she is best known for her beautiful performance in the powerfully searing “Tsephang,” written and directed by Lara Foot, which ran at the Baxter Theatre, Market Theatre and toured Canada extensively, where it was nominated for Best Touring production. Her personal drive is to work toward making theatre accessible to young audiences, especially children from disadvantaged backgrounds.
Yvette is an accomplished theatre producer, director, educator and writer whose primary passion lies in theatre for children and young audiences. In her twenty-two years of work in the field, she has written and directed a number of plays and performance pieces, while also playing a vocal role in several major youth-focused drama initiatives, organizations, and festivals, both locally and internationally. Most prominently, she has been highly active in the international organization ASSITEJ, whose mandate is to make high quality theatre accessible to every child. Having made a strong contribution to theatre in South Africa, particularly in the nexus between arts, education, young people, and social transformation, her current focus is on promoting theatre as a core space for human exchange, perceptual transformation, and dialogue for young people on a pan-African scale.
In addition to their participation in the festival, Yvette and Constance will be attending the annual meeting of ACYTA (the African Children and Youth Theatre Arena), which is being held concurrently with the FATEJ festival. As president of ASSITEJ, Yvette will be using the meeting as a platform to advocate for the organization’s ideals and areas of focus: early years work, disability arts, arts for social transformation, next generation empowerment, and festival networking. In turn, Constance will be promoting The Ogreling, while also seeking opportunities for exchanges, projects, collaborations, and co-productions between South African and other African theatre initiatives. As a key networking opportunity, this meeting will allow them to work toward their common goal of promoting theatre for young people in Africa.
AMA wishes Yvette and Constance safe travels and looks forward to receiving news of their exciting projects in Yaoundé!